On the 8th of October the Netherlands Institute for Sound and Vision welcomed 19 participants to their second Europeana Sounds edit-a-thon. After a day of hard work and fun the participants enriched 84 Wikipedia articles with cultural heritage of wildlife.

In collaboration with the Natuurbeelden foundation and Wikimedia Netherlands a full day event was hosted by the Netherlands Institute for Sound and Vision to make cultural heritage available on Wikimedia. Bird songs, the sound of neighing horses, a video of the common brimstone and many more material was added to Wikipedia articles.

The focus of this edit-a-thon at Sound and Vision was on wildlife. Most of this audiovisual material is derived from the Natuurbeelden foundation. Natuurbeelden is a collection that captures Dutch nature in its widest context. The collection is 350 hours of already existing archival material and for the collection 250 hours of new material was shot the last few years. Arnold van Kreveld from the foundation showed examples of the footage we would be working with that day and explained how new material is shot. 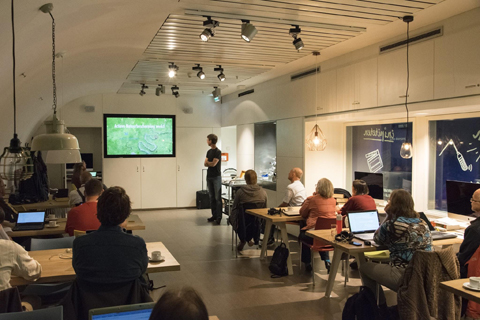 Not only Natuurbeelden is working on more and better information about Nature. Wikimedia Netherlands have been working in Project Natuur on getting better information on Wikipedia. They organize various events to activate more people to write articles about nature. Because of this there are for instance now 72 Dutch pages about dragonflies. Kees van Vliet explained how the project brought more awareness to the theme nature to Wikipedians and other Wikimedia projects. In the project they stimulated people to also use other media like sounds and videos, which are less common on Wikipedia.

After these small presentations it became time for the participants to get active and start the enrichment. Since the group of participants had different interests and experience with editing on Wikipedia, Ellywa gave a small workshop and more explanation. Luckily, some of the participants were already very experienced Wikipedians, this made it possible for the group to work together and learn from each other's experience. 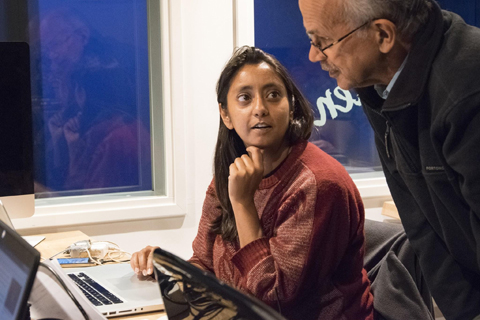 Participants helping each other - Photo by Brigitte Jansen, CC-BY SA

During the day the participants got a nice lunch followed by a tour of the depots of Sound and Vision. During the tour, volunteer Rob the Bie showed the history of sound recording and some of the old machines that where used for that. This gave the participants a lot of inspiration to continue editing and enriching on Wikipedia. 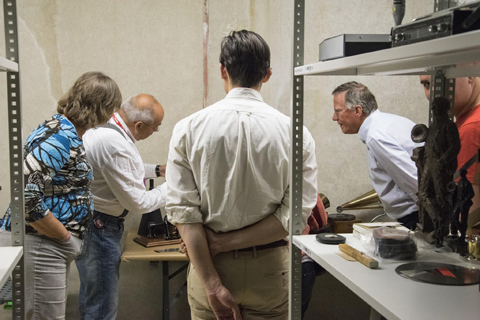 Tour of the depots - Photo by Romaine, CC-BY-SA

At the end of the day the 19 participants enriched 84 Wikipedia articles with 58 sounds and 24 videos. They also created 21 new Wikipedia articles and made 439 edits in total. On the project page of the edit-a-thon you can find more information about the used collection, wildlife related sources and a overview of what was done during the day.

These are some of our favorite enriched Dutch articles: