In February the Europeana Sounds project formally ended after three years of hard work on expanding and improving the offering of sound and music heritage through Europeana. During the final review in April the project received high praise from the independent reviewers, which resulted in the project being rated “excellent” by the European Commission.

We consider the praise for Europeana Sounds as a proud achievement for our department, given our substantial involvement in the project. Sound and Vision R&D was responsible for several tasks, including leading the project's work package on “enrichment and participation”. In this blogpost we summarise our main achievements within this three year project. 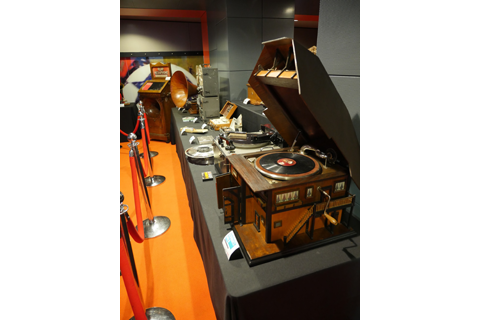 Part of the History of Sound exhibition at the Netherlands Institute for Sound and Vision in December 2016. (photo by: Harry van Biessum, CC BY-SA)

One of the main goals of the project was to double the amount of audio and music items in Europeana (towards one million). As a contribution to this goal, Sound and Vision not only provided metadata records for its own online sound collections (as available through Sounds of the Netherlands), but also connected some interesting strategic partners to Europeana. This resulted in a contribution of over 200,000 items.

To achieve this, Sound and Vision first processed the entire Internet Archive Etree Live Music Archive to automatically extract the records that represented either European artists and/or performances recorded at European venues. This resulted in over 160,000 music recordings relevant to Europeana.

In similar fashion Sound and Vision processed the entire IMSLP Petrucci Music Library to automatically extract the Public Domain music scores from European composers. This resulted in over 60,000 music scores relevant to Europeana.

With these activities Sound and Vision proved the importance of strategic alliances with existing online archives and furthered its experience with and knowledge on data extraction based on location and creator metadata. 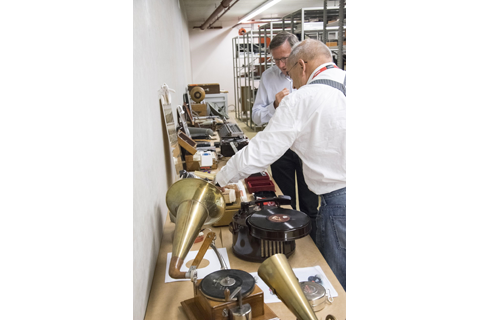 Depot tour at the Netherlands Institute for Sound and Vision as part of the edit-a-thon held on the 8th of October 2016 (photo by: Brigitte Jansen, CC BY-SA)

Another goal of the project was to stimulate the reuse of freely reusable content aggregated by the project in the context of Wikipedia to produce meaningful forms of content reuse and achieve a greater reach through external platforms. To achieve this, Sound and Vision worked together with local Wikimedia Chapters and sound archives in seven European countries to organise a total of 10 edit-a-thons.

The edit-a-thons attracted a total of 200 participants to these events, who worked with 850 curated pieces of open content from Europeana Sounds to enrich over 1,400 Wikipedia articles with sounds to illustrate locations, events, objects and other subjects described in the articles on the free encyclopedia. Together these 1,400 articles are viewed more than 1.6 million times a month. Giving these readers the opportunity to consult audio and music heritage to further expand their knowledge and showing - again - to GLAMs the potential in reach and impact of opening up their collections for reuse by everyone. 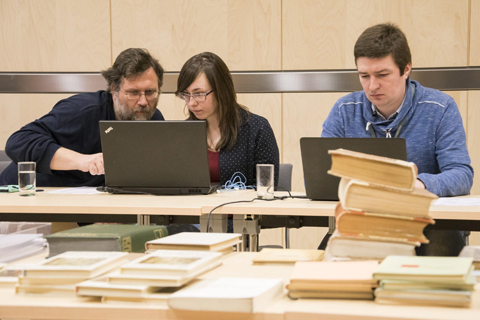 Wikipedian gives guidance to a participant of the edit-a-ton at the National Library of Latvia on the 12th of March 2016 (photo by: Brigitte Jansen, CC BY-SA) 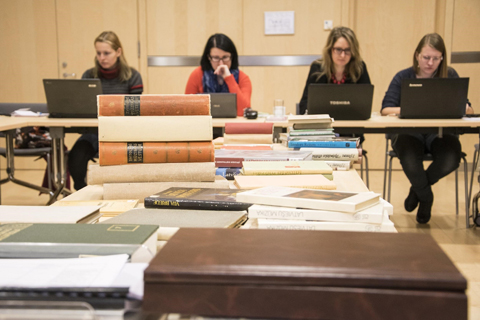 Participants of the edit-a-ton at the National Library of Latvia on the 12th of March 2016 (photo by: Brigitte Jansen, CC BY-SA) 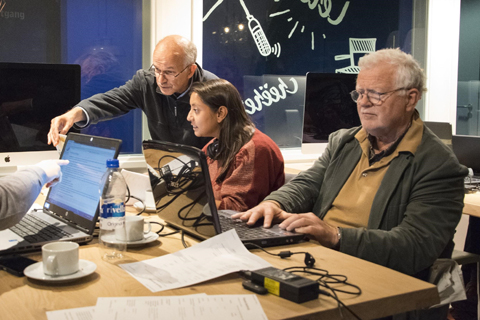 Wikipedian gives guidance to a participant of the edit-a-ton at the Netherlands Institute for Sound and Vision on the 8th of October 2016 (photo by: Brigitte Jansen, CC BY-SA)

As work package lead Sound and Vision also coordinated the development of the Crowdsourcing Infrastructure by the technical partners in the project. Main contribution of this stream of work was the expansion of the Europeana Core Infrastructure with the Annotations API. This API stores and retrieves third party (user) annotations (based on a W3C standard) and relates them to the corresponding metadata records that live in the Europeana aggregation. This innovative setup allows for the enrichment of Europeana metadata through crowdsourcing, while ensuring these annotations stay separate from - but are persistently linked to - the original metadata provided by the institutions.

Apart from doing this groundwork to the infrastructure, the work package led by Sound and Vision also delivered three crowdsourcing applications that showcase the potential of the Crowdsourcing Infrastructure. While listening to Europeana Radio, users can help classify the music recordings aggregated by Europeana Sounds with genre descriptions. Through Historypin users can improve location data for historical sound recordings. And finally, through WITH users can identify the musical instruments that are present in a music recording.

Europeana Sounds has further expanded Sound and Vision’s expertise in crowdsourcing as a strategy for metadata enrichments and provided new insight in supporting this through robust ICT infrastructure. These lessons will be taken into future projects like Europeana DSI-2, but can also inform the ICT infrastructure of Sound and Vision itself (given the possibilities to separate different streams of metadata, record provenance and open up for external contributions). 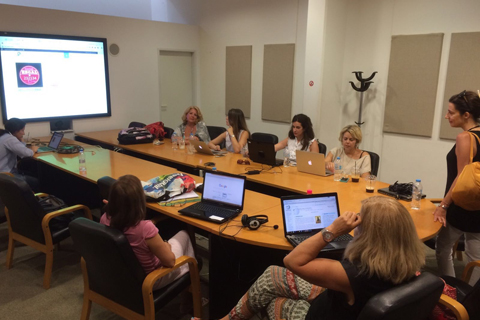 Participants of the physical crowdsourcing event at the NTUA in Greece, organised together with FMS on the 30th of June 2016 (photo by: Marianna Anastasiou)

The first version of Europeana Radio was released in October 2016, but in January 2017 a major update came available giving listeners the opportunity to tag the tracks with the musical genres they recognised.

Europeana Radio gives users an easy access to over 200,000 tracks collected from sound archives across 12 European countries. Users can browse a wide range of sound recordings (Classical Music, Folk and Traditional Music and Popular Music), play them on random mode, and tag the tracks with musical genres. The tagging feature means that all users can become archivists by tagging the musical genres of the recordings whilst listening to them. This ultimately improves the discoverability of these tracks within the Europeana Music Collection.

The promotion of the Europeana Radio player is led by Sound and Vision and continues now the project has formally ended. Curious? Listen to Europeana Radio or follow #TagDayThursday and discover Europe's musical heritage yourself! Will you be able to identify the genres?