The Smart Cultures Conference 2017, organised by the NWO (Netherlands Organisation for Scientific Research) took place on the 23rd and 24th of November in De Rode Hoed, Amsterdam. Various talks and interviews shed light on the added value of a more integrated approach between the arts and academic research. A brief conference report by Jesse de Vos, who presented the Game On! project.

Professor Premesh Lalu, from South Africa, kicked off with an eloquent keynote. He advocated to open up the senses through the interchange of arts and academics. A call that was illustrated by his own first experiment as a documentary maker. Through this experimental film in which he portrayed the Handspring Puppet Company, he wanted to find a different way to engage with his topic of research.

The following days we saw the diverse forms that the exchange between arts and academics can take. Two artists that are currently doing a PhD were interviewed. Ruchama Noorda (topic of research: the Lebensreform movement) and Paula Albuquerque (topic: surveillance cinema in the age of the webcam) explained how for them their art was just as much a valid outcome of their research. They were hesitant about the notion that their academic research had to somehow explain the art they made. The artworks to them were independent outcomes of their research. 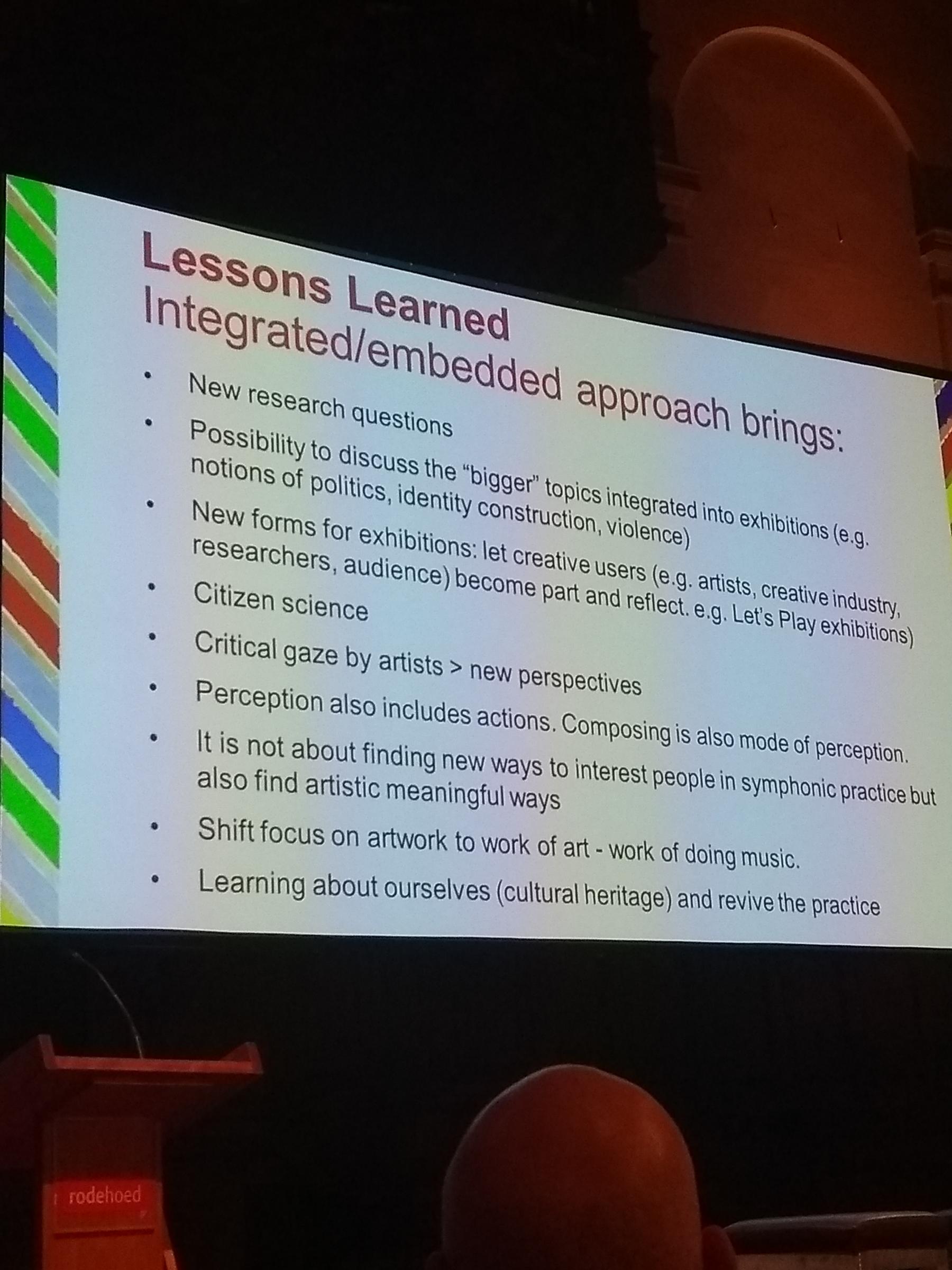 Some general remarks about the collaboration between arts and academic research at the end of the conference.

Questions were asked about the collaboration between museums and academic research. Often the museum is purely being seen as a way of valorising findings at the end of a research period by a curator, in an exhibition. But museums have to be engaged more before and during the research. At the end of the conference one of the suggestions therefore was to enable museums to apply for NWO funding, which was greeted with applause.

In the “Knowledge and (re)cognition”-track in the afternoon, varied examples of collaborations were presented. To mention just two:

The discussion towards the end of the conference made clear that there was a shared desire for more integrated research communities. Research communities that include artists, museums and ‘citizen science’. In this way new types of knowledge can be found, that are not only cerebral but also deeply sensory.

Check out the full conference programme