Sound & Vision as an institution is a hybrid archive. While we are a broadcast production archive, we are at the same time a cultural institution that intends to keep its collections available for the ages. For a few years now, we've been converting our organisational structure along the lines of a trustworthy digital repository. Through these efforts, we marry the principles and high-level design of the OAIS standard to our daily organisation and workflows. The documents that describe this set-up are publicly available via our publications platform. We've also been involved in efforts to close the gap between the digital preservation and the audiovisual archiving domains. In 2014, Sound & Vision hosted a preservation metadata workshops and in 2015 our colleague Jesse de Vos took part in the PREMIS Implementation Fair at the annual iPres conference.

With this year's Winter School for Audiovisual Archiving we wanted to share our lessons learned and discuss digital preservation practices with fellow audiovisual collections managers. Fourteen participants hailed from various corners of the earth - Thailand, Luxembourg, Switzerland and Japan - and a variety of public and private organisations within The Netherlands. The participants came to learn more about what digital preservation can mean for their collections. Teachers Erwin Verbruggen, who led the part about preservation policies, Peter Bubestinger, who showed preservation tactics for audiovisual materials, and Josefien Schuurman, who guided participants through the planning process, went through a number of lectures, use cases and excercises with the group to bring them up to speed with current preservation practices for audiovisual collections. 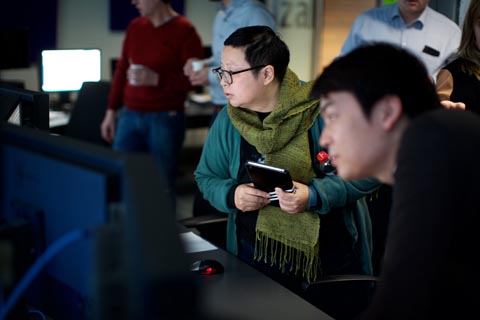 External inspiration came from three guest speakers, who gave practical examples of how their organisations implemented approaches to digital preservation and translated conceptual models to practical workflows. From the Irish Film Institute, we learned how a small team can teach itself the technical skills to do what's necessary to preserve the nation's audiovisual record - both cinema titles and television programmes from the national broadcast authority. Raelene Casey detailed how the archive whiteboarded its strategies and made use of open source methodologies to know exactly what happens to files going in the preservation repository. The organisation published its preservation practices in 2015 - the IFI Digital Preservation and Access Strategy can be found on the organisation's website.

From the UN Mechanism for International Criminal Tribunals, located in nearby The Hague, we learned how important it is for an archival organisation to have a mandate that supports the mission of the repository. In this case, the UN Security Council called for a preservation and access mandate on the audiovisual record of both the judicial history of the wars in ex-Yugoslavia and the genocide in Rwanda. Both cases span many years of work, meticoulusly recorded on video and multiple audio channels. The proceedings of the Rwanda tribunal were held and recorded in Arusha, Tanzania, which led the organization to confer about its metadata model and preservation solutions across two continents. 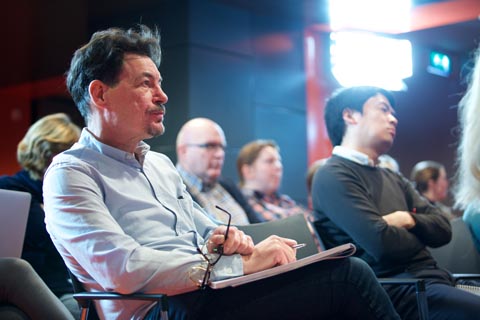 The Museo Reino Sofía started collecting audiovisual works only with its first moving image exhibit in 2006. Although video art is still but a tiny fraction of the marvellous collection that holds Picasso's Guernica, the organisation installed a well thought-out ingestion process. It is accompanied by the implementation of INCCA guidelines on recording artist's exhibition wishes for when hardware fails and playout formats change in the future. The talk from Gema Grueso Otalo coincided nicely with the SBMK conference on the preservation of born-digital art that took place at the same time in nearby Amsterdam.

There is a greater interest in the international audiovisual archiving domain in marrying the theory and practice from the specialised digital preservation domain. As Richard Wright explained at the PrestoCentre Preservathon in 2014, the first attempts made at bringing OAIS to television archiving in 2009, bounced off. Looking at the list of signees for the digital preservation stream proposal for this year's AMIA conference,  interest in the topic has risen significantly. It is our hope that the Winter School has given our participants a better grasp on the paper trail and the tools and insights to overcome their daily preservation challenges. 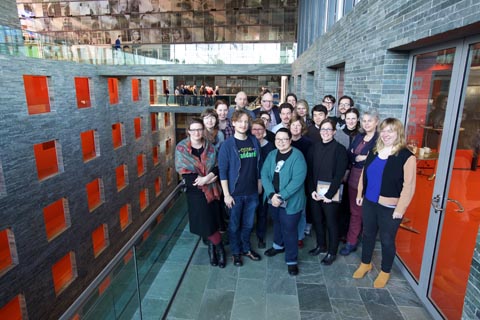 The Winter School for Audiovisual Archiving 2016 was organised with support from the Dutch Ministry of Education, Culture and Science in collaboration with AVA_Net. Much thanks to our advisory board: Wilbert Helmus (DEN), Harry Romijn (GAVA), Annemieke de Jong (Sound & Vision), Brecht de Clercq (VIAA) and Kara van Malssen (AVPreserve) and to Johan Oomen.